By Giuseppe Genga / Neural
P 4 mag 2020 18:34
On Star Wars Day,which is celebrated every year on May 4, Warner Bros and TT Games have revealed the cover image of LEGO Star Wars: The Skywalker Saga,which you can see below.

Please note that LEGO Star Wars: The Skywalker Saga will enclose the three Star Wars trilogiesin one game, featuring some of the most legendary heroes and villains in the saga. We can fight against the forces of evil by playing Luke Skywalker, Princess Leia, Rey, Finn, BB-8 and a legion of other heroes, or move on to the dark side and choose Darth Vader, Kylo Ren and many more.

The cover image and its key art (above) show us some of the classic scenarios in the series, representing some of the epic battles of the saga in which we can challenge each other: from the Clone Wars to the Battle of Geonosis, through the Alliance's snowspeeder at the Battle of Hoth to take on the Empire's treacherous land forces.

So we leave you at the cover: good vision! 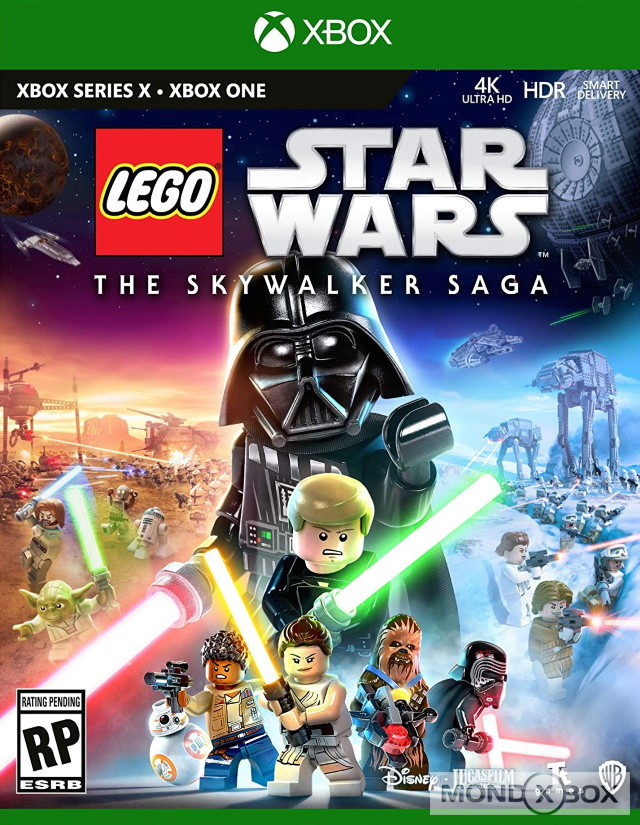 Rainbow Six Extraction: Our Co-Op Gameplay on Xbox Series X, S and One

Activision Blizzard Acquisition: Here's a List of All IPs

Amazon Alert: Life is Strange True Colors off at 34,99 Euro