By Fabrizia Cossu / Bibi
P 4 giu 2019 14:54
Focus Home Interactive and Deck13 have announced the release date of the Surge 2, theouls-like sci-fi sequel to the first title released two years ago, revealing it will be available on Xbox One on September 24 next.

The title is also preorderable from today to the price of 59.99 euros and, all those who will preorder the game, Receive the package urbn Gear, exclusive set of armor, weapons and equipment that includes:

Finally we leave you to an overview of the title reported by The developer and some of the main features of the Surge 2:

A mysterious storm strikes your plane, crashing into the outskirts of Jericho City. You wake up several weeks later in an abandoned detention center. Soldiers apply martial law, robots are unmanageable, and a storm of nanobots threatens the city. Explore the huge and devastated Jericho City and try to survive. Confront atrous threats in merciless fights, rip and tear limbs from your opponents and take possession of their precious equipment that will make you stronger. So strong, you have to face more powerful and scary enemies. With an extensive arsenal of weapons, armor, skills, implants and drones with which to develop your character, with a bigger, varied and thirsty world, The Surge 2 challenges you to survive and reveal hidden secrets.

We finally leave you to the official cover of the game: here it is. 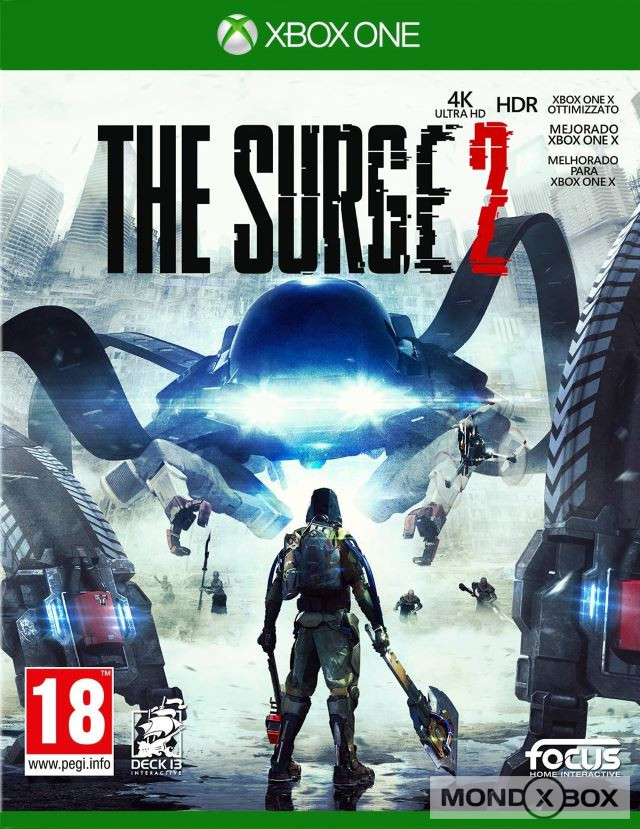 ASTRO: Gaming headsets will be upgraded to support Xbox Series X with no optical output

Prey, Guacamelee and others leave Game Pass in April

Minecraft Dungeons has a date, arrives at the end of May

inXile: Wasteland 3 sled at the end of August

Games With Gold: Games from the first half of April are available before the announcement

Ghost Recon Breakpoint: Play up to three friends for free with the Friend Pass